You are here: Home / Michael and Adrian 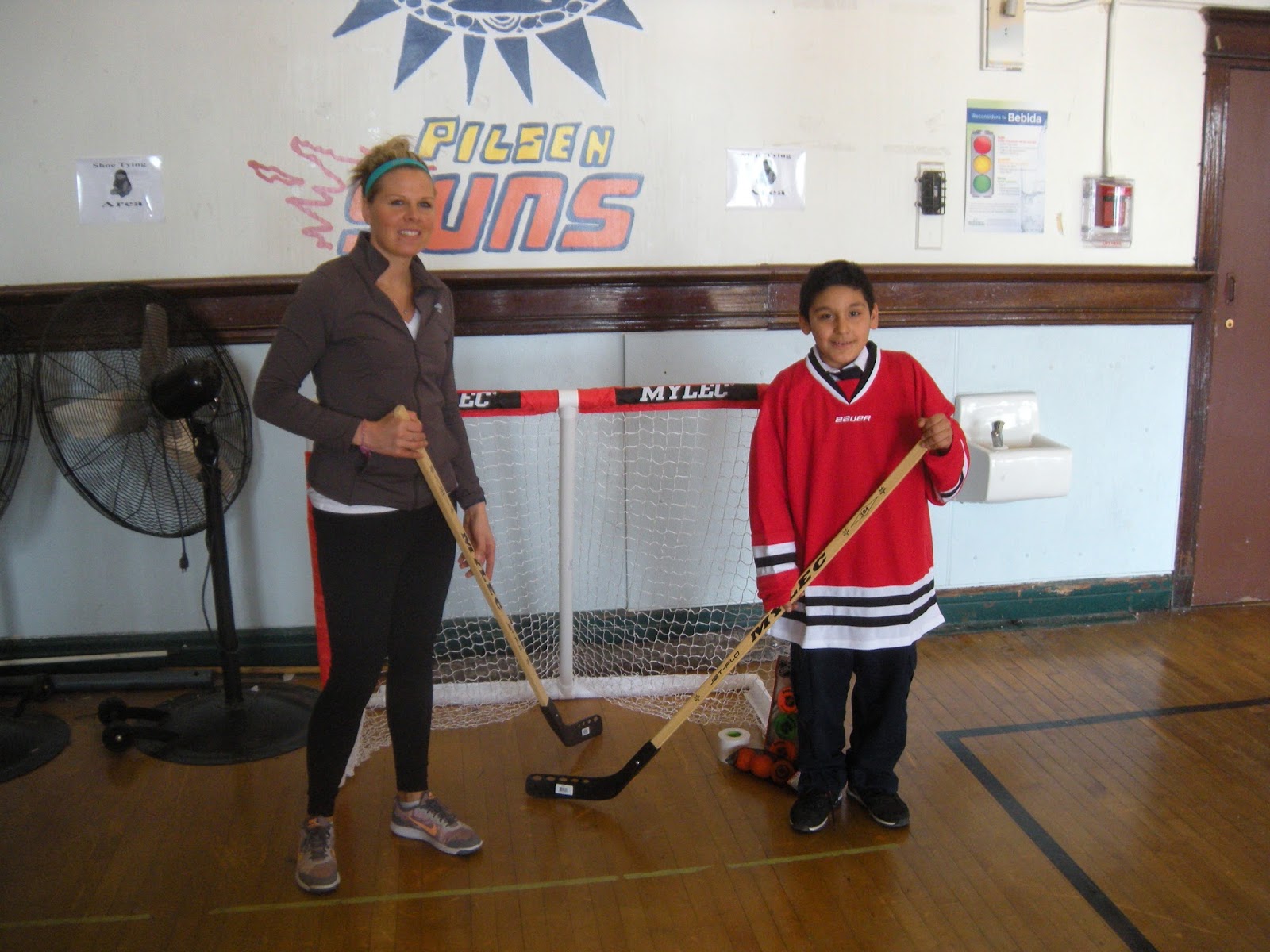 Ms. Sanders attended the Chicago Blackhawks GOAL Program street hockey training session in September. The CHI was invited to present our Microgrant Program at that session. Ms. Sanders quickly identified Michael as a quality candidate. After Michael was selected as a Microgrant recipient, Ms. Sanders informed us that he had a younger brother, Adrian, who was also interested to learn the game of hockey.  The boys have been playing at home with improvised gear, and it was a great pleasure to buy them a goal, street hockey sticks, pucks, balls, and practice jerseys so they can learn the game with proper equipment.

Enjoy the gear, Michael and Adrian! And thanks to Ms. Sanders for facilitating the opportunity for her students!